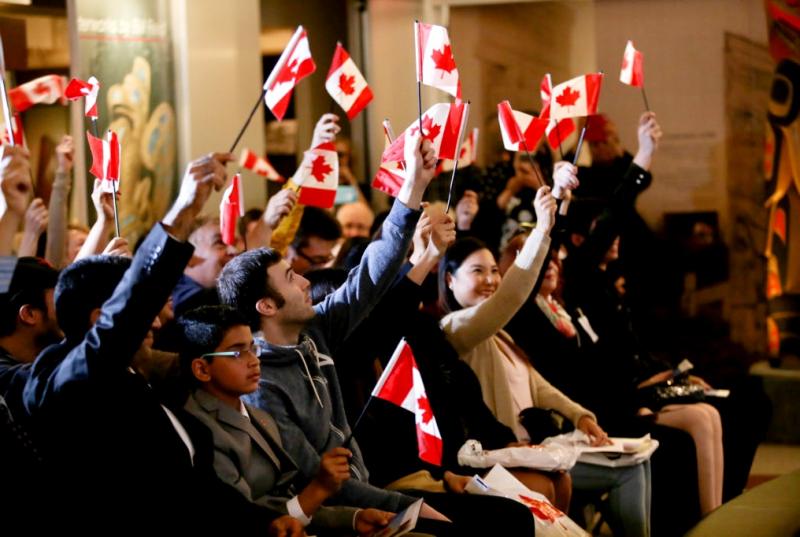 When you come to the ceremony bring the following documents:
- your ceremony notice
- a signed copy of the Permission Release and Consent form (included with the notice)
- permanent resident card if you have one (even if it’s expired) or Confirmation of Permanent Residence (IMM5292 or IMM5688)
- Record of Landing (IMM 1000) if you became a permanent resident before June 28, 2002
- 2 pieces of personal identification (ID)
تدرب على اختبار الجنسية الكندية عبر أكبر وأدق موقع تدريبي معتمد
Canadian Citizenship Test Preparation Web App 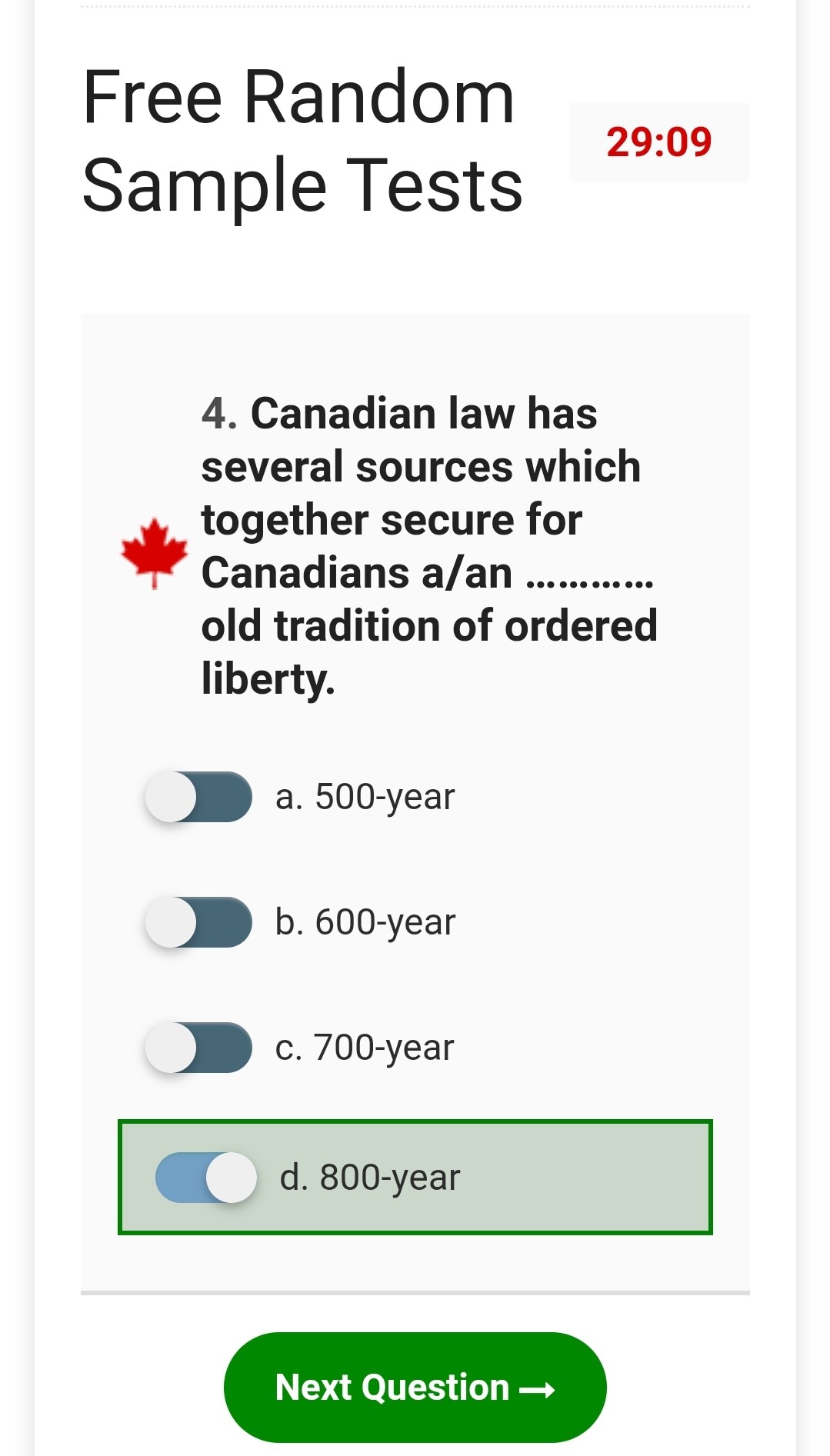 . one piece of ID must have your photograph and signature, for example: driver’s licence, health card or permanent resident card
. foreign ID documents must be government-issued, Canadian ones don’t need to be government-issued
. if they’re not in English or French, you must provide a translation with an affidavit from the translator
. minors are not required to show identification with a signature
- all your passports and travel documents, current and expired, that you listed on the application form
optional: a holy book, of your choice, if you want to use one to swear the Oath of Citizenship
- What happens at the ceremony
During your ceremony, you will:
اقتني كتاب اكتشف كندا بالعربية 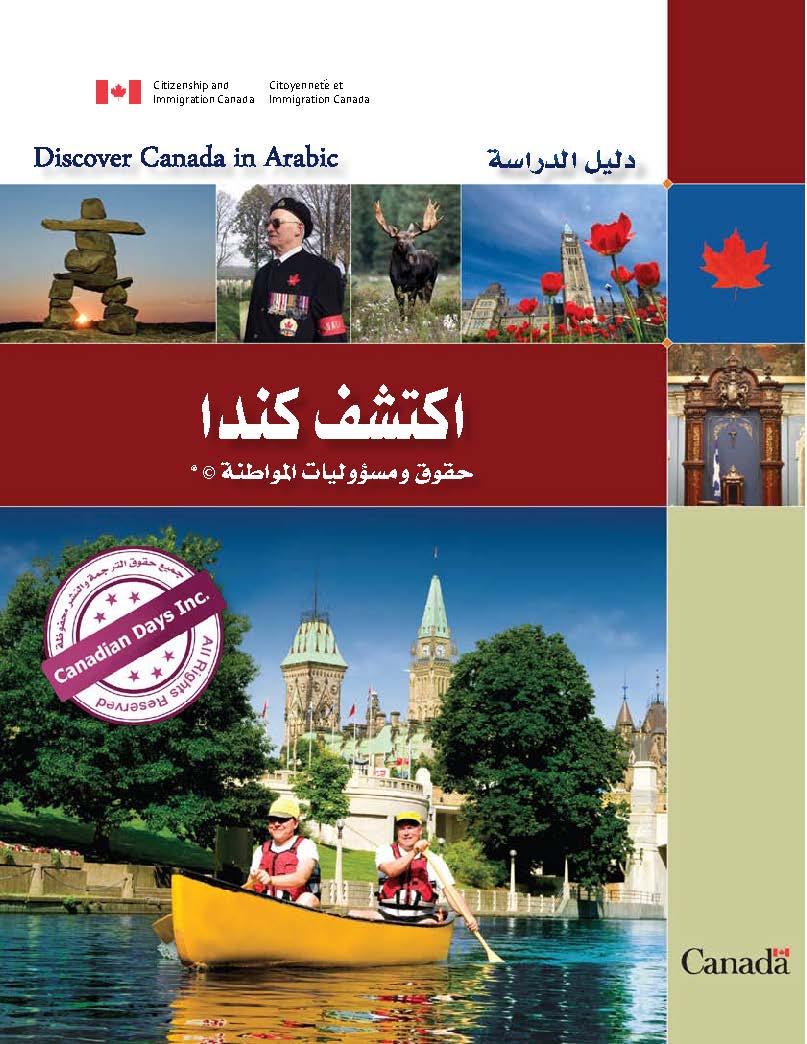 . take the Oath of Citizenship
. get your citizenship certificate
. sign the Oath or Affirmation of Citizenship form
. sing the national anthem, O Canada
A citizenship judge or official will preside over the ceremony and lead the Oath of Citizenship. Many people will take the oath with you. The ceremony official will say the oath in English and in French. As a group, you’ll repeat the words to the oath after the official. You must repeat the oath in at least one of the official languages, but we encourage you to say them in both. You’ll also be invited to sing the bilingual version of the national anthem.
You can swear or affirm the oath. Swearing is for people who want to refer to their religious beliefs and affirming is for people who don’t want to refer to religious text. If you want to swear the oath on your holy book, bring it with you.
Once you take the Oath of Citizenship, you’ll be a Canadian citizen. We’ll give you your citizenship certificate as proof that you’re a Canadian citizen. It will show the date that you became a citizen. Keep it in a safe place.
انضم معنا للصفحة الرئيسية للتحضير لاختبار للجنسية الكندية عبر الرابط التالي
Canadian Citizenship Test Preparation
- Prepare to say the oath and sing the anthem
We’ll give you the words to the oath and the anthem at the ceremony, but you can practice to prepare for the ceremony.
IRCC
تدرب على اختبار الجنسية الكندية عبر أكبر وأدق موقع تدريبي معتمد
Canadian Citizenship Test Preparation Web App

What can I do if my citizenship application is refused?/Canadian Days

Amendment to the Oath of Canadian citizenship/Canadian Days

What happens if I fail the written citizenship test?/Canadian Days