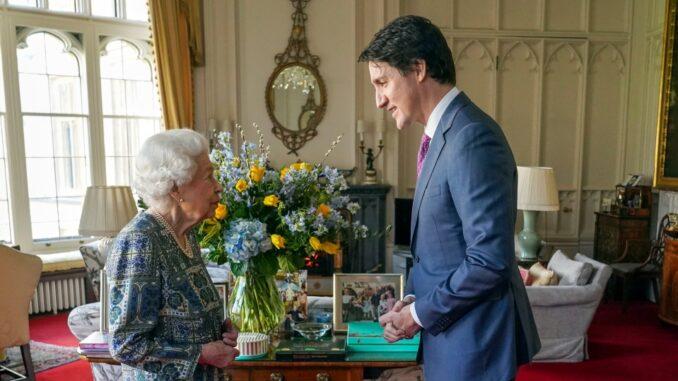 The Prime Minister, Justin Trudeau, today issued the following statement on the 96th birthday of Her Majesty Queen Elizabeth II, Queen of Canada:

“Today, I join millions of people in Canada and around the world to celebrate the 96th birthday of Her Majesty Queen Elizabeth II, Queen of Canada.

“Her Majesty’s leadership and steadfast commitment to our country and the Commonwealth is an example to us all. During her 70-year reign, she has supported Canadians, serving with grace, dignity, and wisdom. She has been present for some of Canada’s most pivotal moments, including the signing of the Proclamation of the Constitution Act, 1982, which celebrated its 40th anniversary earlier this week.

“Last month, while visiting the United Kingdom, I had the pleasure to have an audience with Her Majesty at Windsor Castle and thanked her for being a stabilizing force throughout the pandemic. As we celebrate Her Majesty’s birthday as well as her historic Platinum Jubilee this year, I know we will continue to find inspiration in her strength, resolve, and dedication to service.

“On behalf of the Government of Canada, I wish Her Majesty a very happy birthday and hope for her continued health and happiness. We thank her for her lifetime of selfless service to our country.”

Statement by the Prime Minister on Africa Day/Canadian Days